The first place I wanted to go to was Goodwill, I was hoping to find Pretty Girls by Karin Slaughter. Recently I’ve seen both Gabby from gabbyreads and Kayla from booksandlala

Since that was such a success, I wanted to go to the library and look what they had in their sale section. 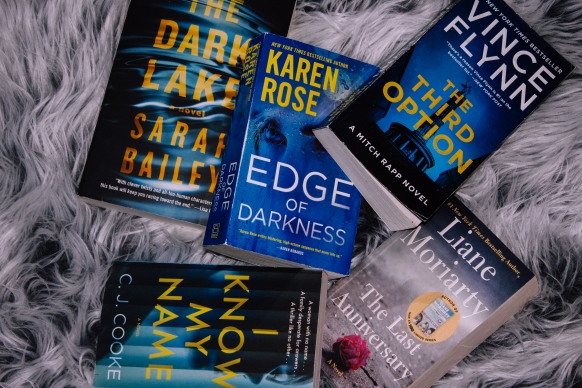 I hadn’t heard of any of these books before seeing them in the sale section of the library. I had only heard or seen Karen Rose and  Liane Moriarty’s names before. I have found a Liane Moriarty at previous library book sale and picked it up but I haven’t read it yet. I was looking for some books online before and had seen Karen Rose.

I have read some Nicholas Sparks books before and have enjoyed them. I love that he books a tragic twist to it so it’s heart breaking for characters throughout but also they don’t always get their happy ending.

I think it was a very successful book shopping adventure for a Saturday afternoon. Especially for not having any bookstore in my town.

You can now officially find all my social links: here